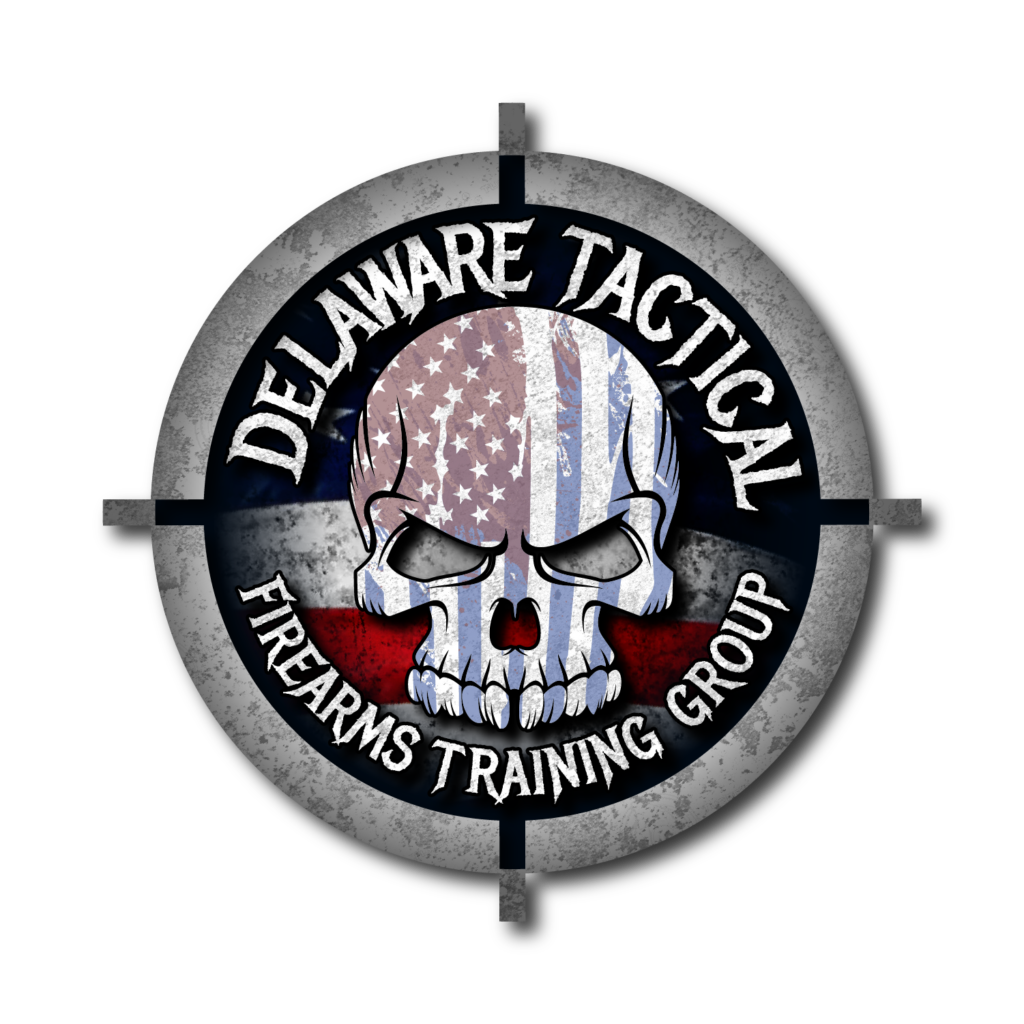 Praxis: an accepted practice or custom, or an idea translated into action, or something in reality rather than something in theory.

This facility was built to test your home/personal defense skills in a safe but dynamic environment. All of the training conducted in this facility will use less than lethal munitions and training weapons. Delaware Tactical will supply all of the equipment necessary for the course; firearm, ammunition and gear. The facility is designed to give the student endless scenario exposure as the interior can be changed between scenarios. Students will not be training to the structure but train to over come obstacles.

SAFETY: All of these courses will use a mix of role players and reactive targets to give you the best real-world training possible without the possibility of training accidents with firearms. Our firearms use less lethal munitions, and they will only be fired at reactive targets. We use computer controlled auto targets that respond to impact from the munitions. Delaware Tactical will provide all of the necessary safety equipment for the courses. We also have a safety check system to ensure no live firearms enter the area or facility.

Who are these courses for?

Anyone that wants to test their skill level in scenario based, tactical situations. The student should possess a fair working knowledge of:

Click to read about the courses we will offer at PRAXIS. 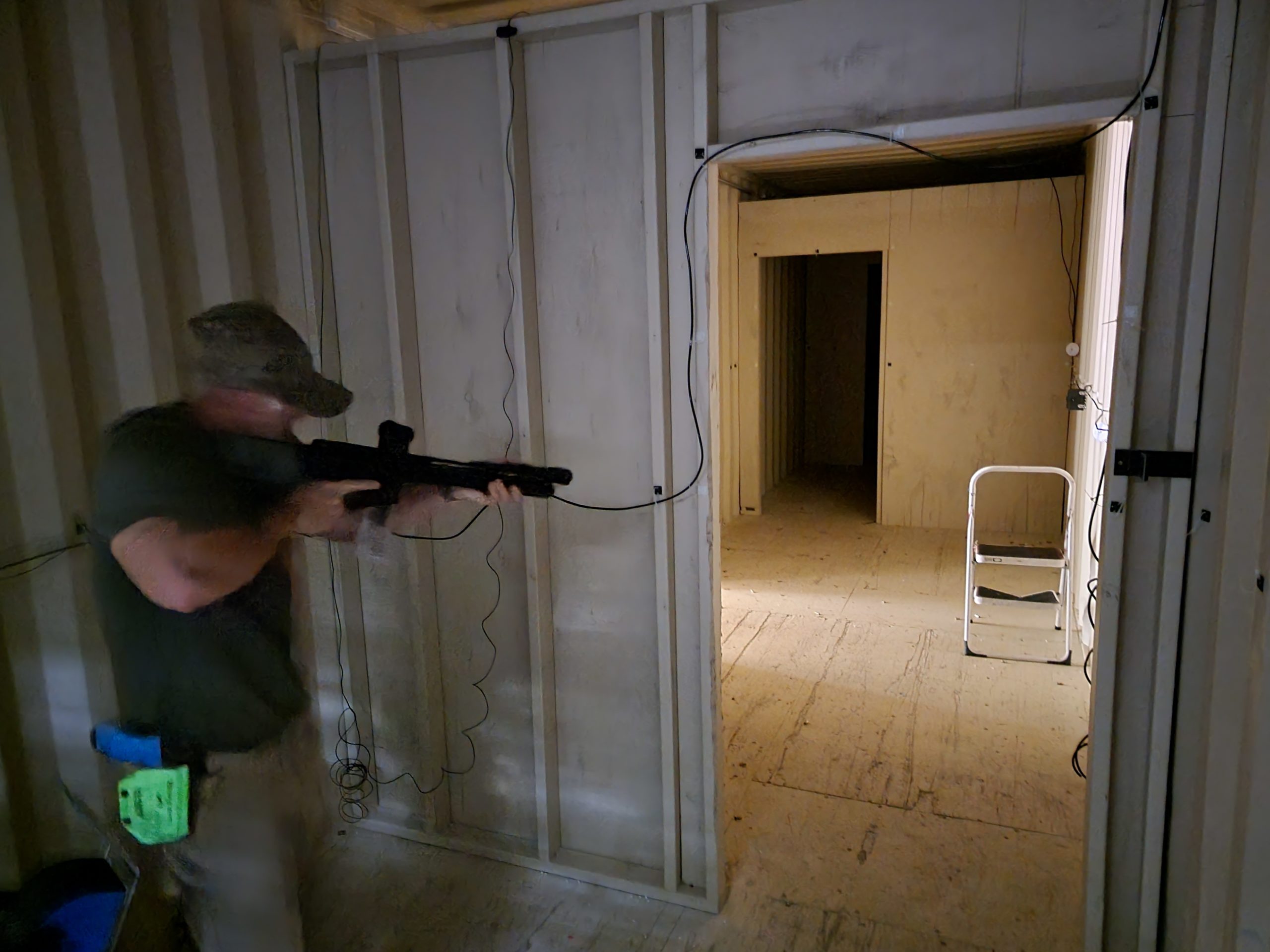 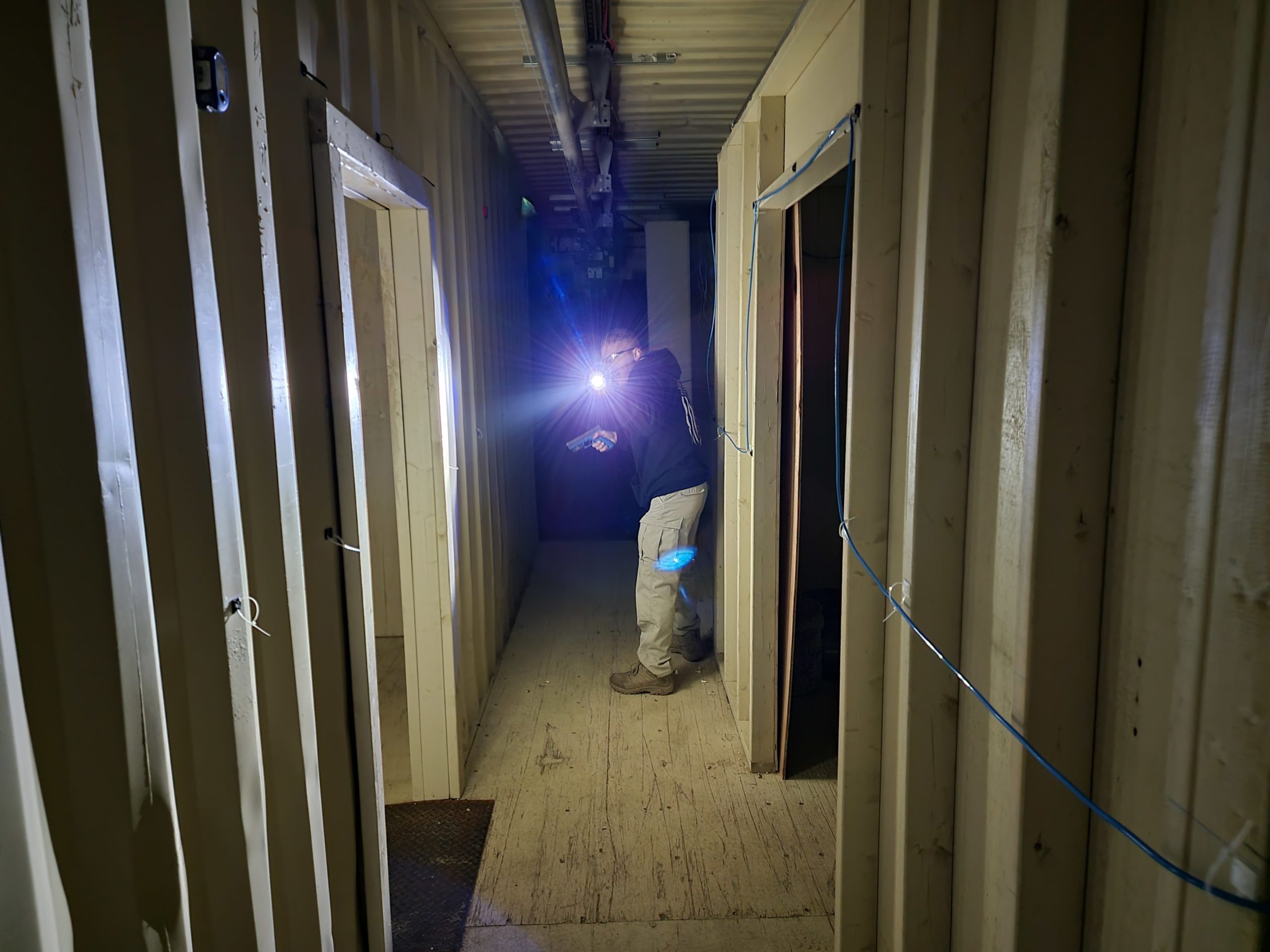 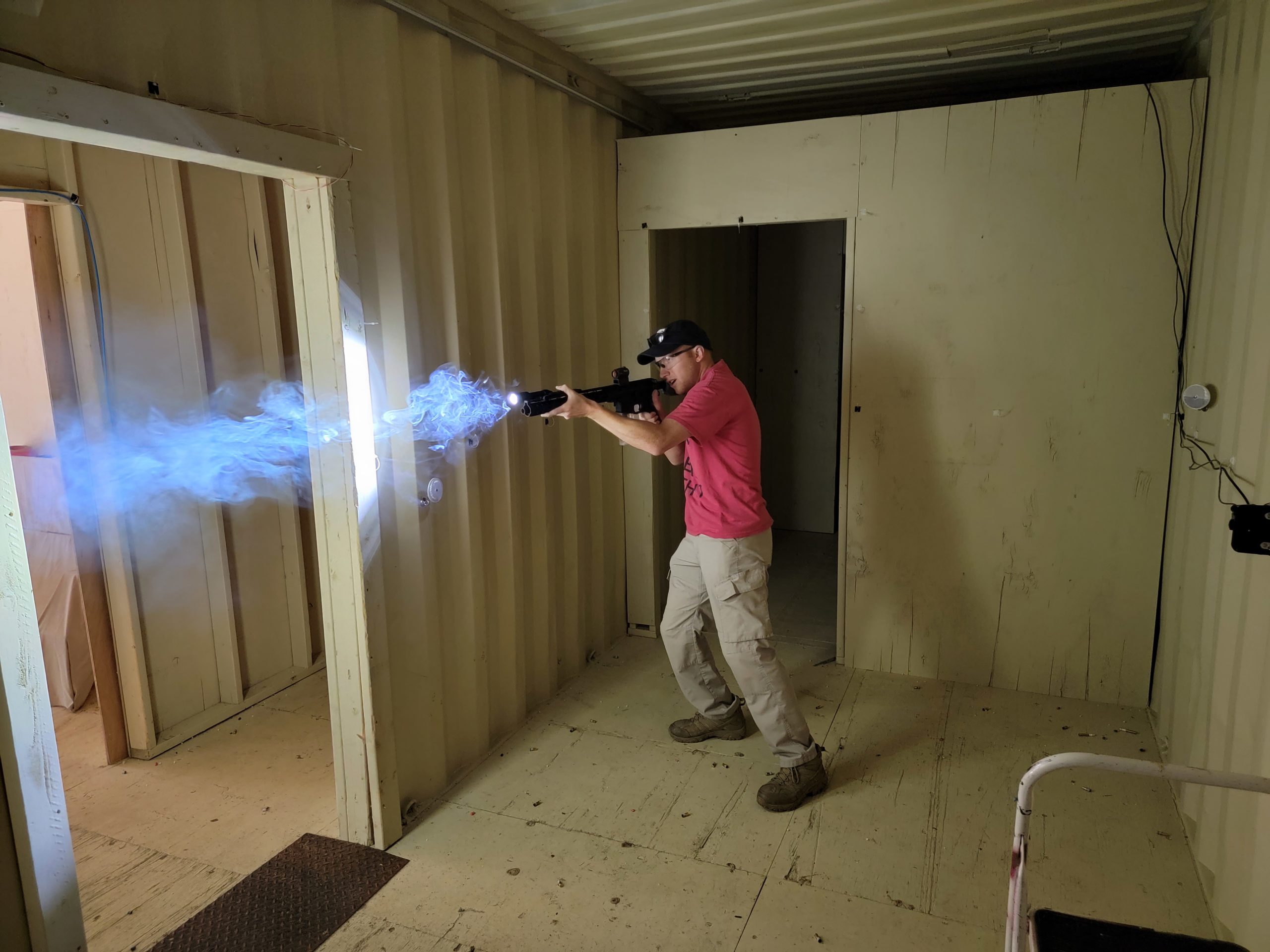 Take your training to the next level! This is where we put all the range training, tactical training and concepts to the test. High stress and highly interactive combative training!

What is Force on role player training ? - Scenario-based training that induces the fear and stress of a life-threatening situation using role players and real firearms that fire non-lethal ammunition.

Range Time Alone is Not Enough

For most citizens firearms training consists of target shooting on a flat range. While range time is critical to learn shooting basics, it will not prepare you for the fight of your life. The flat range is where you learn your stance, grip, sight alignment, and trigger control. Many ranges do not allow shooters to draw from a holster or concealment. Some ranges do not allow slide lock reloads at speed. In some cases, rapid-fire shooting is not permitted.

A shooter can become a good marksman at a flat range, and that is important to gun handling development. Yet, that silhouette at 7-yards doesn’t shoot back, move, or threaten you when you shoot it. There is little or no stress at the range.

Add Realism To Your Training with Reality-Based Scenarios

Once shooters have a good grasp of marksmanship, they need to push beyond mere shooting. If they want to improve their self-defense skills, they need to add more realistic training into their regimen.

If a person is serious about defending themselves and their loved ones, force on force is a must. From flat range and competition shooting, one’s marksmanship skills will become second nature. It’s now time to shoot against a human adversary.

The scenarios we develop mimic situations a citizen may encounter.

These are only some scenarios out of many that we develop to prepare you for the real world threats that exist.

You will learn about reactionary gaps and how situation awareness purchases the time we need for decision making. We will test your response skills under duress.

Force on role player training induces stress and fear in the trainee. Human adversaries move unpredictably and quickly. This typically creates fear and adrenaline responses and when this happens, the human mind undergoes some interesting changes. Psychological and physiological responses a student can experience such as; tunnel vision and auditory exclusion are common in this type of training and mimic real life.

These physiological changes do not occur when target shooting or competing. But, when another human with a real gun is trying to shoot you, your response changes and the training experience becomes invaluable

Who are these courses for?

Anyone that wants to test their skill level in scenario based, tactical situations. The student should possess a fair working knowledge of: 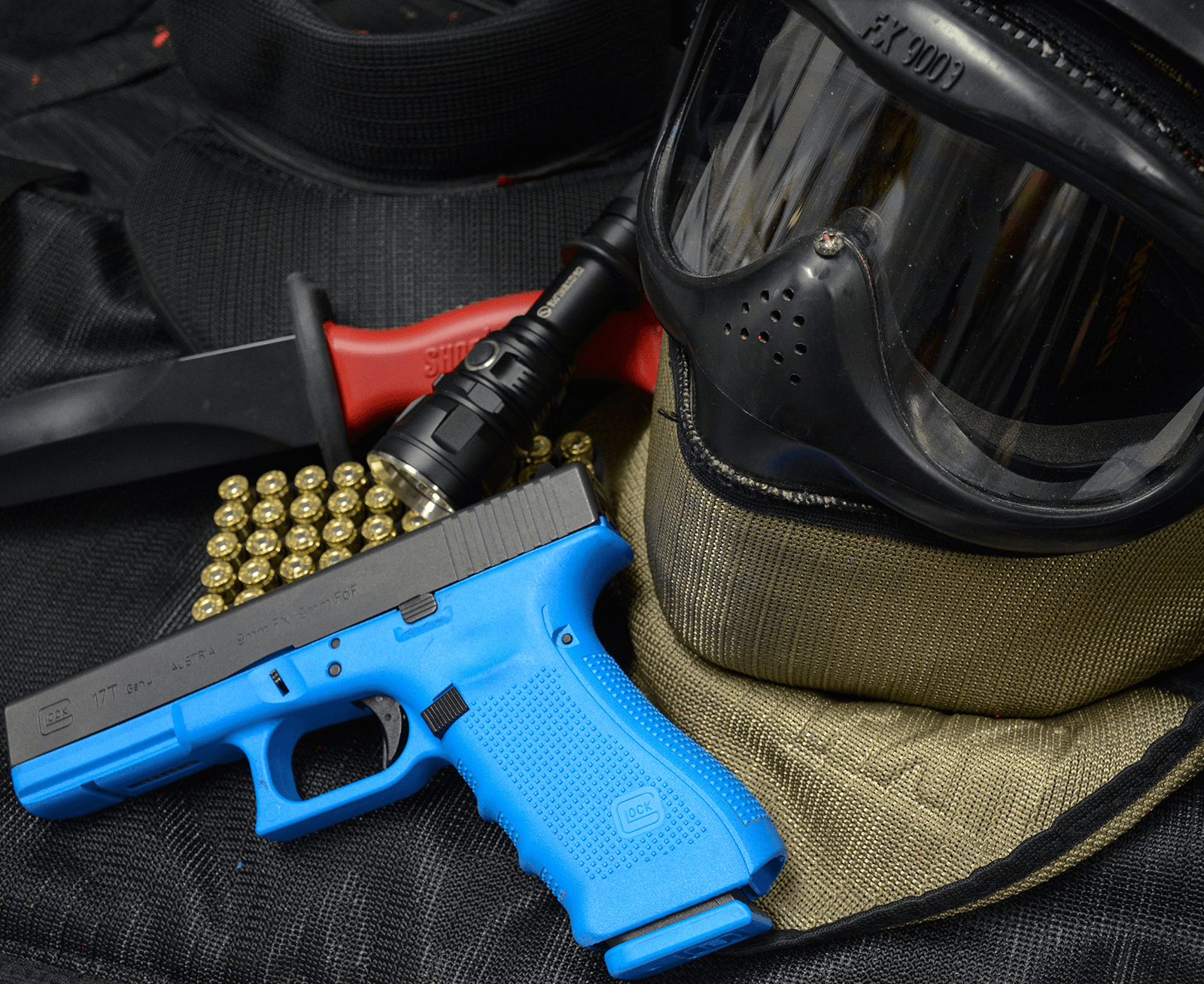 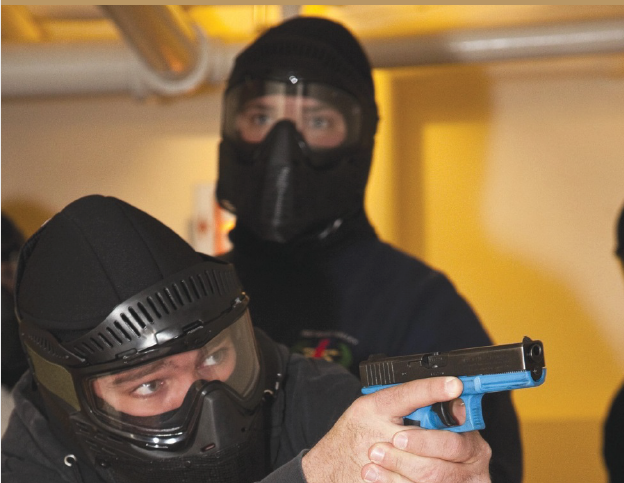