ABOUT THE OWNER OF DELAWARE TACTICAL

I have spent 25 years with the Delaware Department of Correction, with more than 24 of those years in some type of instructor capacity. Sixteen of those years as the primary instructor and assistant commander for the Correctional Emergency Response Team CERT. Instructing handgun, shotgun, rifle, team tactics, building entrees, hostage rescue, escapee management, terrain search, breaching, less lethal, chemical munitions, and many other special weapons and tactics courses. I spent 6 years as the Departments Range Operations Manager, responsible for all range operations, officer certifications for 2300 staff as well as 27 firearms instructors and range master annual certifications. During my years with CERT command I spent several years in a dual role as Instructor and K9 handler. I was the first to integrate a K9 team into a SWAT team for building entries. I developed CQB riot techniques for modern jail facilities where typical riot control formations are not feasible. I have spent my entire career developing training programs, lesson plans, tactics for officers and tactical teams. I have worked and trained closely with State and local police and SWAT, FBI, DEA, Marshals, Air Marshals and surrounding state agencies on the street and inside the institutions.

In 2016 I took the experience and knowledge of my LEO years combined with 720 degree training mindset and started Delaware Tactical. Since then we have delivered instruction to over 4000 civilians, police, military and contractors. 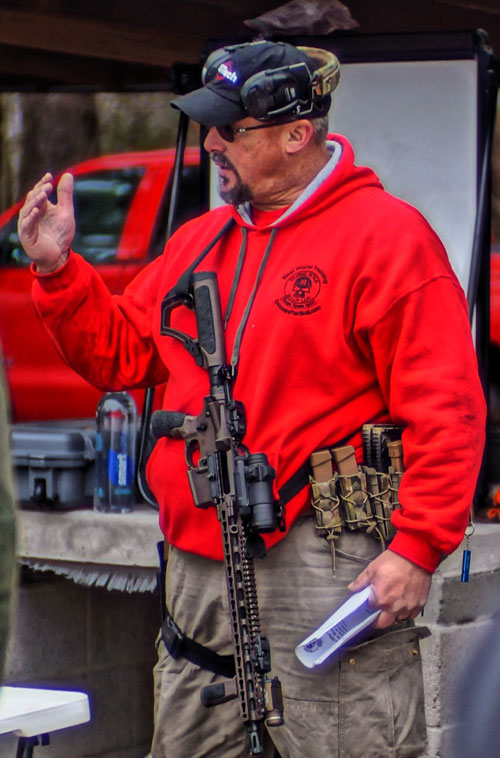